In the previous article, we talked about how the war in Ukraine is affecting the business climate in general and its impact on translation companies specifically. I explained how with the war consuming all our thoughts it is really hard for executives to focus on business strategies. In this article, I would like to articulate my thoughts and feelings about the situation and engage in a spot of self-therapy in the process. 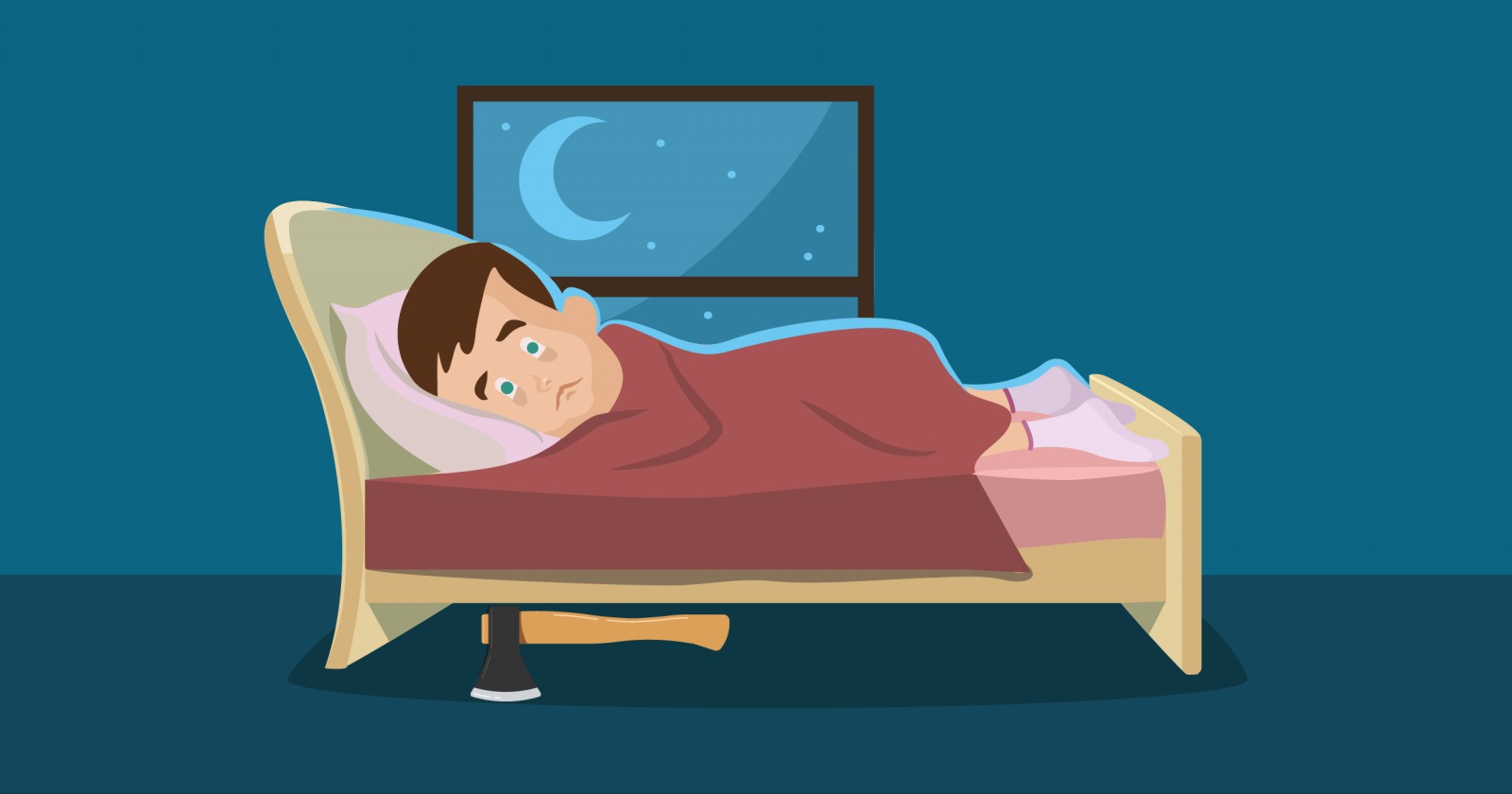 The safety of our families and the people we care about is paramount. And when there is a genuine threat to your life, business planning suddenly seems much less important. The main thing is to keep you and your family safe—business can wait. These thoughts dominated in the first two weeks of the war when it was still unclear how things would pan out with the Russian invasion.

I remember feeling completely powerless, and this scared me more than anything else. Living in a village with my wife and young children (3 and 6 years old), I would bring an axe to bed when I went to sleep being fully aware that I was unlikely to be able to fend off a drunken Russian soldier with a machine gun. There were moments when, in desperation, I yelled to my wife to pack her things, take the children and leave the country...

Fortunately, we have not personally experienced the horrors residents of Mariupol, Bucha, Irpin, and many other Ukrainian cities and towns have been subjected to. Our apartment is intact, as are most apartments in Kyiv. The facade of the apartment building of my parents-in-law was peppered with 36 holes from exploding mines and tank shells, but the parents are alive and well, and their apartment miraculously survived.

I have only seen bombed-out buildings in photos and videos. So almost all of my mental trauma is a result of images I have seen rather than direct experience. I have not been directly exposed to the horrors of war, and I am grateful for this. But the feeling of danger follows you everywhere, even when you are far from the front, and especially when you consider that a long-range Russian missile can strike at any time.

This underlying fear impacts my work, but it is the addiction to information that is the biggest problem. 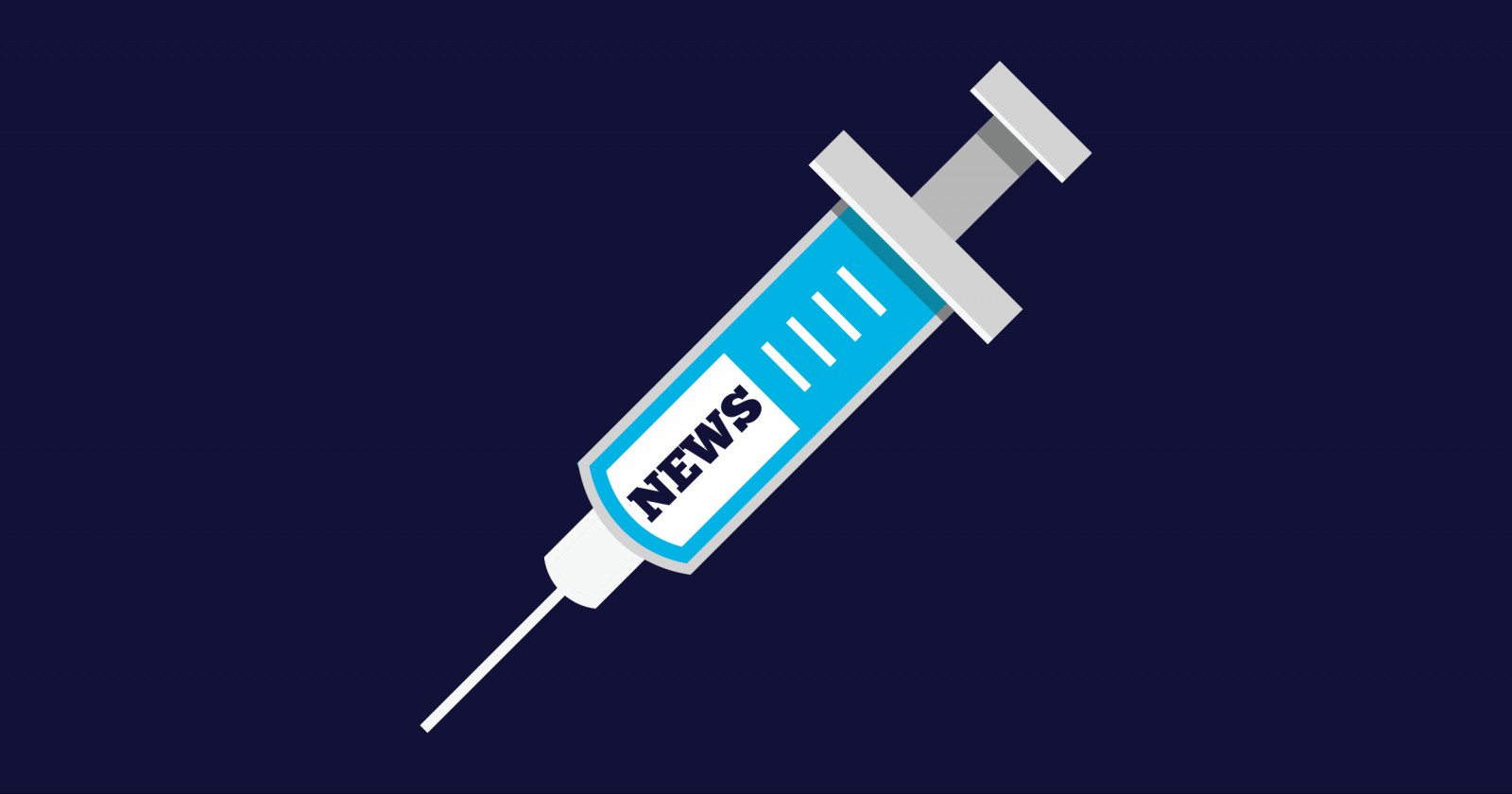 The problem of information addiction

In the early days of the war, it was extremely important to keep up to date with the unfolding events to know where in the country it was safe to be and where it wasn’t. Everyone was glued to the news and listening to the opinions of analysts with the hope of hearing something comforting. One YouTube channel streaming analytical views on the invasion was watched by half a million viewers every evening.

Over time, keeping up with the news turned into a painful addiction. I was constantly wearing headphones, listening to bloggers and analysts. They were much more engaging for me than books and training courses about business and human psychology, to which I had previously devoted considerable time. My news feed has changed, with the war almost completely replacing gaming news that I followed.

Gradually you begin to become aware of this dependence and try to break free of it. But my hand would continue to reach out and check if something important had happened on the front in the last 15 minutes. It became a reflex action, an autopilot that automatically activates at the slightest loss of self-control.

Previously, when I was in autopilot mode, I would research into business strategies and solutions. It is extremely difficult to take control of your mind and return to the pre-war way of doing things. The inner monkey has broken free, and now it needs to be tamed.

When I hear news from the front about the death of our soldiers, I catch myself thinking—they died so that I could continue living as I do now. My inner voice then starts asking unpleasant questions, and internal dialogs such as the following ensue:

—Why are they at the front, in the trenches, giving their lives for you, while you are here sitting in the office?

—Well, I’m an office worker, not a trained fighter...

—Many of them are also office workers. Journalists, entertainers, and programmers are dying too...

—I’m not in good shape, I have poor eyesight, I won’t be able to shoot accurately...

—Seriously? You’re only 43, you go to the gym twice a week, you don’t have a chronic disease or are overweight, you can even do multiple pull-ups! You’re as healthy as a horse! There aren’t many people like you. As for your eyesight, you have glasses... Have you seen the 55-year-old fighter with no legs manning a checkpoint? And the volunteer with stage 4 cancer? And the teenager and the elderly woman asking to give them weapons?

—I have small children. Who will take care of them if I’m gone?

—And who will take care of the children of your neighbor who died a month ago? This argument did not stop him. Who would have protected your children if he hadn’t gone to war?

—Dozens of people working in my company depend on me. As well as their families, their safety, their mental state. I can do much more behind a monitor than in the trenches.

—Are you really hiding behind your social status? It is only people who have no money or social status that should go out there and die?

—Okay, I’m no hero... There are people who have done much more than me for the country. But there is hope for me yet—I will help in any way I can. In the rear.

And so on endlessly... Sometimes my great-grandmother intervenes in this imaginary dialog and tells me that her husband gave his life to defend the country, but perhaps he should have stayed, as other men survived, and she ended up having to raise three children as a single mother. And these internal dialogs simply do not stop.

I read somewhere that everyone feels this sense of guilt. Even soldiers who are sitting in the trenches because they are alive while their fellow soldiers died. The question “Why not me?” lies heavy on the mind of anyone in Ukraine who has a conscience. 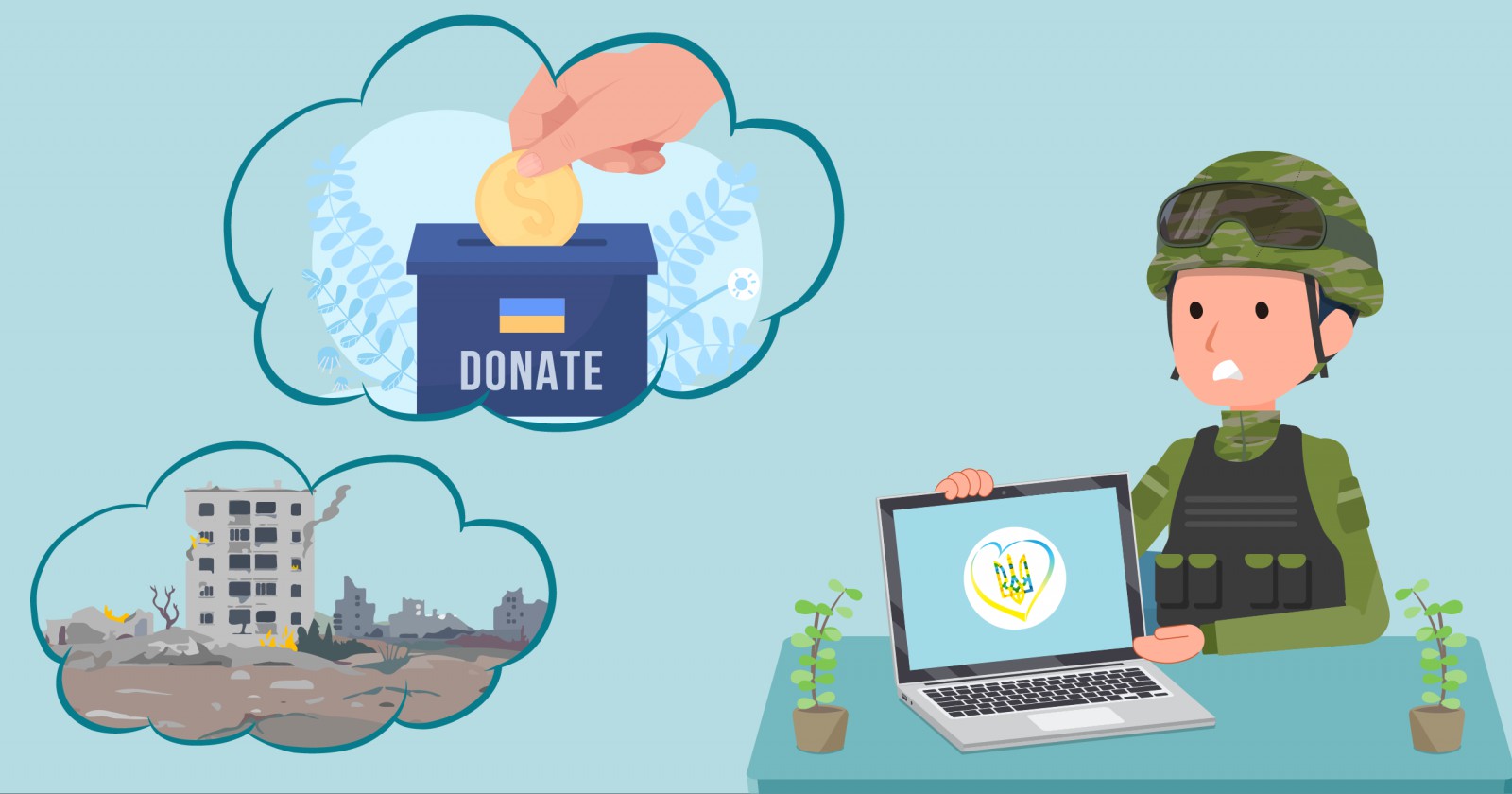 Striving to be useful

From the first days of the war, every Ukrainian asked the question: what can I do to help defeat the invaders? Many immediately signed up for the military, while others offered to provide humanitarian help to the myriad refugees and soldiers in need. Some joined the ranks of the “sofa troops,” working to combat the egregious Russian propaganda machine. We all felt, and still do, the need to contribute in some way. Business owners also got involved.

On the first day of the war, we cut relations with clients from the Russian Federation. This led to reputational and financial losses, but there was no other way. We could not promote the development of a business that pays taxes to the treasury of the aggressor country. Other translation companies from Ukraine did the same—they simply cut all business relations with their Russian partners.

We continued to offer our services—and we began to allocate a portion of our profits to help the Armed Forces of Ukraine, financing the purchase of drones, tourniquets, and other important equipment. I really want to believe that the tourniquet we bought saved someone’s life and the drone helped destroy an enemy position, saving the lives of Ukrainians.

I have more than 6,000 contacts on LinkedIn. I decided to harness this platform to keep foreigners informed on what is happening in Ukraine and to counter the ubiquitous Russian propaganda (my military specialty is in exactly this field). I want to convey to the business community that any cooperation with companies that pay taxes in the Russian Federation means that you are indirectly financing Russian terrorism, which constitutes a direct threat to my colleagues’, my family’s, and my own life. I was even “wounded” in this information war, as Russian bots managed to get my account blocked for two months. This, of course, is nothing compared to the sacrifice paid by our soldiers, but at least I feel like I am contributing something to the Ukrainian cause. I hope that at least some of my readers have a better understanding of who we are fighting and what we are fighting for and are willing to help us in the fight for our country.

This is all a huge distraction from work. I would like, as before, to write about the world of management and the translation industry, to argue how human translations cannot be replaced by machines, about the HR crisis in the industry, and so on. But instead, I have to spend my time arguing with trolls and explaining to naive idealistic pacifists why we will fight to the last Ukrainian standing and why helping us is the only way to bring this horrifying ordeal to an end.

I truly hope that I will soon be able to write about my business without having to think about the war. But another air raid siren has just sounded... 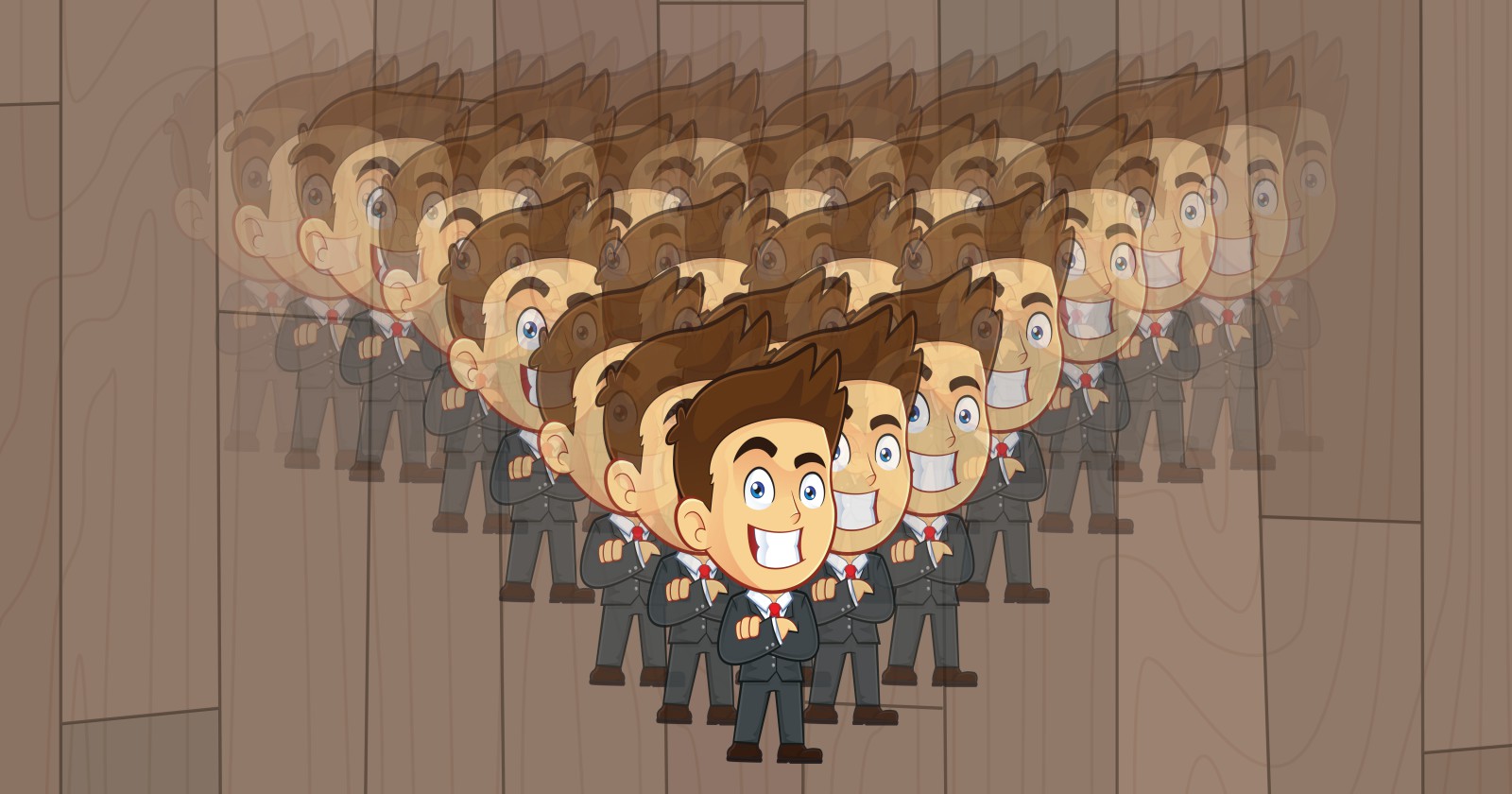