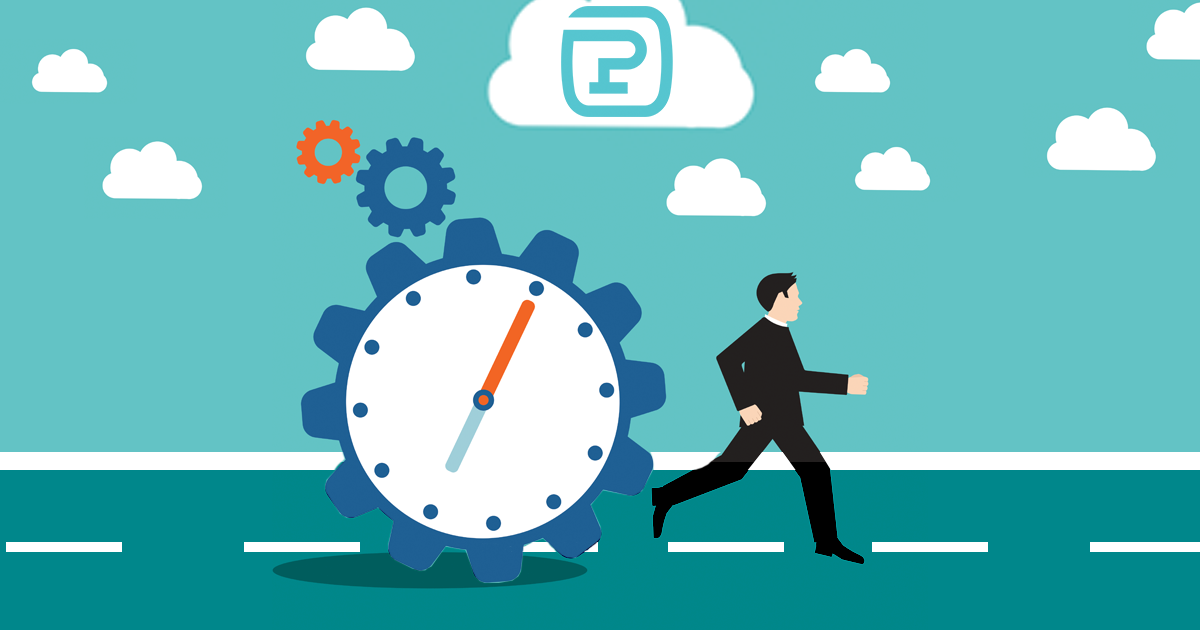 In our previous article, we talked about how you need to learn how to become a good manager. In other words, this involves a significant time cost. But usually project managers and CEOs simply have very little time.

So how do you make time?

Where does the time go?

Let us first ask another question: What do CEOs spend their time doing? Do they spend all their time dealing with high-level managerial responsibilities such as strategic planning, process development, strategy implementation, and decision making?

To be honest, no. Most of CEOs spend their time doing the work of other people rather than their own work. For example, CEOs in a small agency sometimes translate or edit texts, while in a larger agency they are involved in translation project management, sales, human resources and financial management.

But these jobs are not the remit of CEO! Such a CEO is not doing his or her job properly, and instead is acting like a firefighter, who in a panic rushes with a fire extinguisher from one fire to another, while having no time to install a fire extinguishing system.

A company leader who is doing his or her job well should be focused on company development and constantly raise the questions: How can we improve? Where are we going? How can we increase efficiency? — and then find answers and adopt decisions that improve business processes. Such CEOs play the role of an engineer rather than a fireman: their job is to make changes and monitor their progress.

What tasks do we have to do?

The art of freeing up time is the art of correctly setting priorities and prioritizing tasks. Let’s take the first step to mastering this art, and divide tasks into categories according to their importance and how urgent they are. There are four types of task:

For the sake of interest, ask several people to arrange these four categories in descending order of priority — which tasks need to be dealt with first, which second, etc. Most often, they will put them in the following order:

To avoid theorizing, let’s look at practical situations in which we have to prioritize between important and urgent.

First situation: you have toothache. You are in severe pain, and all your thoughts are focused on one thing: To get it dealt with as soon as possible. All your plans for the day are flushed down the drain. You rush headlong to the dentist and are ready to pay whatever it takes to get you painful tooth anesthetized and fixed up.

It is important to look after your teeth. And the severe pain turns an important job into an urgent one. A painful tooth is a type 1 task: urgent and important.

Second situation: your tooth has been aching for a long time. The pain is mild, occasional, and doesn’t really bother you. You want to find out what is causing it. You go the dentist, where it turns out that for one day they are offering a 50% discount on an expensive teeth whitening procedure. You don’t have enough money for both procedures. Since the discount for whitening is applicable only today, you chose to do it and decide to get the bad tooth looked at at a later date.

Teeth look beautiful after whitening, but this procedure does nothing for their health. So this is a type 2 task: urgent (since there will be no discount tomorrow), but not so important.

Third situation: Once a year you go to the dentist at a time convenient for you, even if your teeth feel fine. The dentist examines you, finds nothing wrong, and advises that you change your brand of toothpaste.

As already mentioned, it is important to look after your teeth. But since you have no toothache, it is not urgent. So this is a type 3 task: important, but non-urgent.

Fourth situation: you get a sudden craving for an apple. You buy it and eat it.

In general, it did not matter for you whether you eat the apple or not and when. So eating this apple is a type 4 task: unimportant and non-urgent.

In the list of priority tasks that your respondents will give you, the first and last point will be clear: urgent and important tasks (type 1) should be addressed first, and non-urgent and unimportant (type 4) tasks should be addressed last. This is perfectly logical. But with the second and third points things are more difficult.

When prioritizing jobs most “ordinary” people focus on urgency: for them urgent but unimportant jobs are higher priority than important but non-urgent jobs. They are familiar with the second of the situations described above but not the third: they are easily attracted by an unexpected discount on teeth whitening, but are not inclined to visit the dentist annually if they don’t have any specific complaints.

But if you extrapolate such logic to the management of the company, it becomes clear that this is the trap that causes a chronic lack of time — the Catch 22. Due to the fact that time and effort is spent on solving urgent (and often, let’s be frank — seemingly urgent), but not so important tasks, these important tasks remain unresolved.

So in their worldview, the 2nd and 3rd points are the other way round. For them, not matter what the task is at hand, importance is of primary concern, with urgency being secondary.

A shift in emphasis from urgency to importance is unintuitive and requires focused effort. But this is one of the differences between an excellent manager and “ordinary” people: Excellent managers know how to get to the root of problems and are primarily concerned with important tasks.

Dental health overrides the transitory whitening discount. Similarly, increasing the efficiency of business processes in the agency is prioritized over the immediate benefits of urgent everyday projects.

If routine interferes with business improvement, rid yourself of it quick. Delegate it to your subordinates, eliminate unnecessary steps and automate repetitive tasks using management systems.

It takes time to delegate. You will have to train a subordinate to do certain jobs that for some reason you had taken on yourself. Each subordinate to whom you delegate a job will need to be given detailed instructions, and then you will need to ensure that he or she understands and follows them closely. You will need to learn how to use software that speeds up the processes in your translation agency (for example, translation management software) and by doing so entrust dull and repetitive tasks to your computer. But here again the temptation will arise to not waste this time on this and instead quickly address a problem that has just arisen.

“I’ll do it myself quickly, as it will take too long to explain” — this is a classic case of situation number two. And this is the same dead-end logic that ends up with you taking advantage of a sudden discount instead of getting your painful tooth see to. Keep doing this and you will keep on having to do the work that you can (and should) automate or delegate.

“We need to introduce a management system, but there is no time to learn how to use it at the moment, so we will spend another month using Excel” — this is another dead end. Compare with: “I need to get my tooth seen to, but right now I’m going to take advantage of this discount.”

Let’s get back to the issue of how to make time. This is an important but non-urgent task. But if you don’t have time right now and you don’t do anything to make this time, what’s going to be the difference in a month’s time? You are prioritizing the urgent over the important again?

What has highest priority?

If the hamster wheel of routine spins you round so much that leaving it is fraught with sacrifice, then it is better to make that sacrifice than to keep spinning in it.

For example, if you have a small agency and due to a shortage of editors you have to do editing work yourself, then you should temporarily reduce your workload and spend the free time training up a new editor.

Completing a translation project whose deadline is approaching is an urgent job. But its importance is not paramount: There are many projects, and you could turn down this particular project in order to free up time to tackle a more important job. On the other hand, finding a new editor is an important job, but not so urgent: you have time to complete the editing yourself, without spending time looking for a new editor.

This is a trap: you continue to edit yourself, putting off the search for an editor to another day; a day which will never come. Instead of doing an important job, you have opted to do an urgent one.

If you have a larger agency and because of the large number of orders you are forced to manage projects yourself, pass them on to your translators and make sure they keep to the deadlines, you should turn some of them down and spend the free time training a project manager. But here you have ended up in the same trap: you are doing an urgent job (project management), instead of an important one (finding and training a translation project manager).

Of course, if you shift your focus from urgency to importance, the agency’s profits will initially decline. But having dealt with all the important jobs, you will bring it to a whole new level.

If your time is spent on routine tasks, and you don’t have enough time to get to important jobs, you either do not understand how to manage, or you avoid responsibility for making important decisions.

This situation suits us fine: it means we can do nothing while still apparently doing our job. The manager needs to be in a position in which he or she will be forced to take action. Here the tactic of burning bridges is effective, in which you ensure that there is no way back to previous ways of working. For example, make a public promise or invest in an innovative solution.

As we see, lack of time is a psychological phenomenon and not a matter of fact.

Everybody has just 24 hours in a day and not just you. No effective CEOs and project managers know how to slow down time. A manager is effective not because he or she has a lot of time, but because he or she uses it effectively on actions that constitute a time cost now, but which in the long run pay off handsomely. 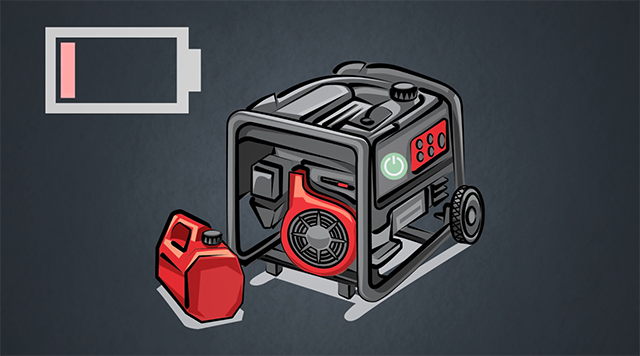 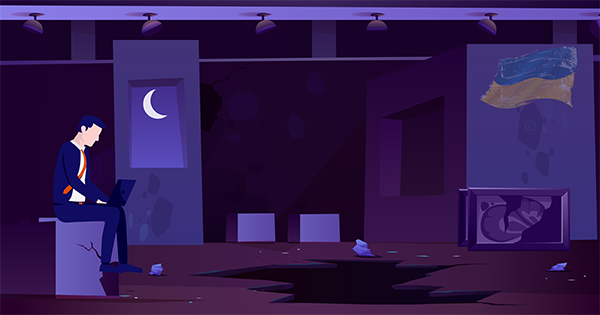